The Time Splitters are reuniting in NXT for the 2020 Dusty Rhodes Tag Team Classic!

Mauro Ranallo announced during last night’s show that Alex Shelley will team with Kushida next week against The Grizzled Young Veterans in the first round of the tag team tournament. 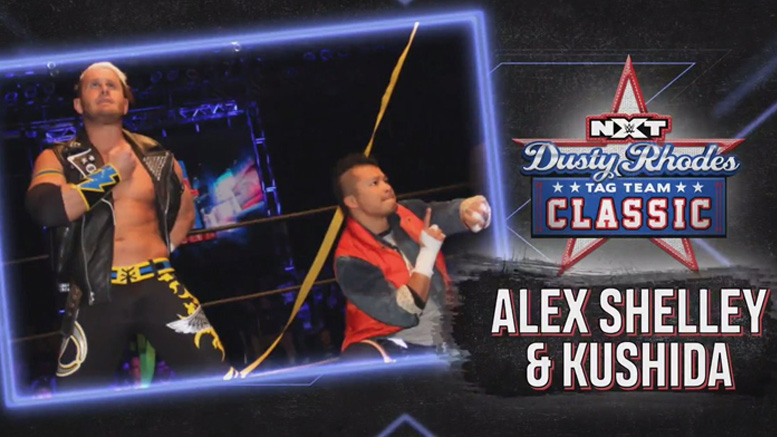 Alex Shelley is most famously known for his time in TNA/Impact Wrestling as one half of the Motor City Machine Guns with Chris Sabin. He recently guest coached at the WWE Performance Centre, leading many to speculate he’d team with Kushida in the tourney, but Shelley attempted to downplay this last night on Twitter.

“Everybody seems to think Kushi needs me,” he wrote. “Kushi and I, and The Bucks, and Forever Hooligans, and ReDragon, helped change [NJPW]’s jr. tag division. But really, he’s going to be awesome with any partner.”