The advocate for current WWE Champion Brock Lesnar, Paul Heyman announced on last night’s RAW (6th Jan 20) that ‘The Beast’ will be a participant in this year’s Royal Rumble match. 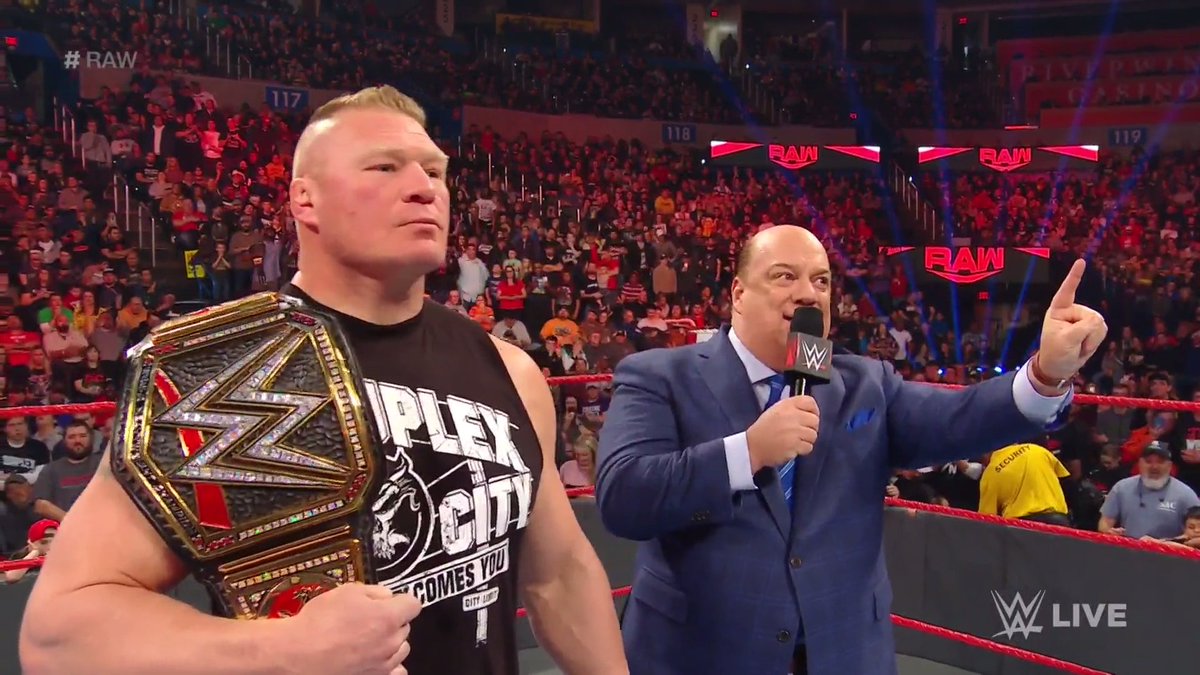 This huge announcement became even more unprecedented with Heyman declaring in front of the live crowd on RAW, that Lesnar will not only be in the Royal Rumble match, but Brock will also be the No.1 entrant in the Rumble match. And will have to face and over-come 29 other men.

Despite Lesnar being in the Royal Rumble match, this does not mean that his WWE Championship will be on the line. However, it does mean that if Brock does out last every other man in the match, he will no doubt be able to choose his own opponent at WrestleMania 36, on 5th April 2020.