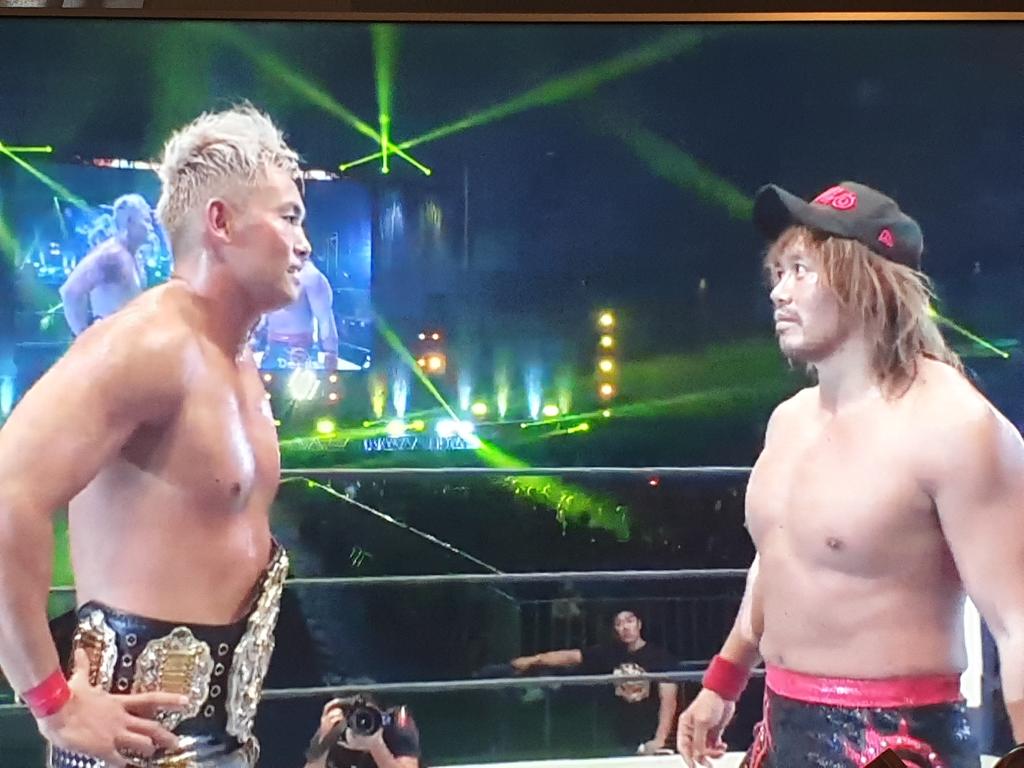 Earlier in the evening Naito managed to regain the Intercontinental title after defeating Jay White, in a hard fought semi main event, inside of the sold out Tokyo Dome. While Okada battled for over 30+ minutes in an epic main event against Kota Ibushi.

Both Ibushi and Okada withstood a huge amount of offence against one-another, in what was the best match of the night, on a night of excellent matches, in what is already the best show of the year.

Night two of Wrestle Kingdom 14 will not only feature the ‘Double Champ Dash’ between Okada vs. Naito. But will also feature Jon Moxley vs. Juice Robinson for Moxley’s United States Championship, Chris Jericho vs. Hiroshi Takahashi, Zack Sabre Jr vs. SANADA for the British Heavyweight Championship, Jay White vs. Kota Ibushi, and of course the final ever match of Jushin ‘Thunder’ Liger’s career.