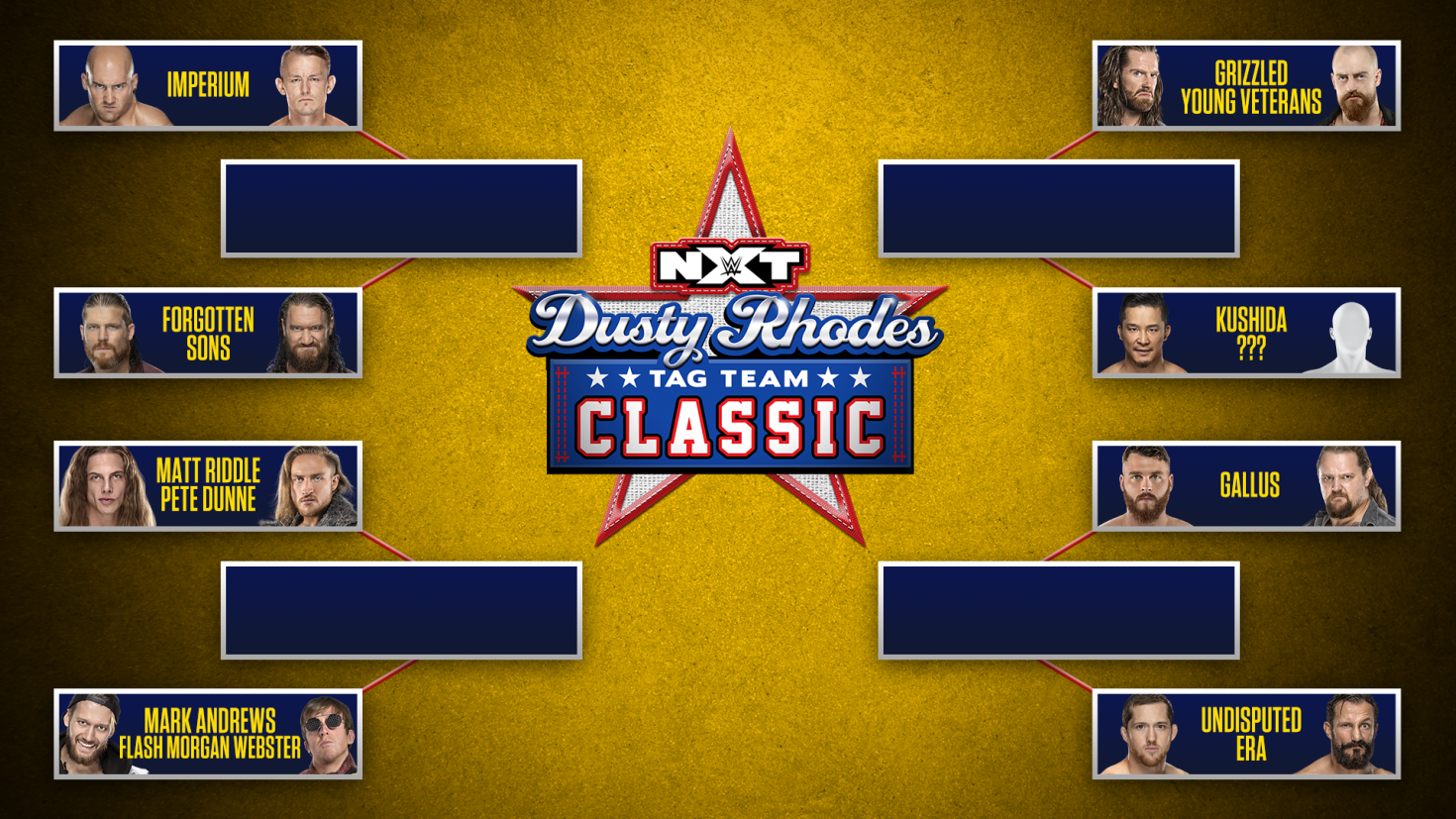 With the eight teams for the tournament announced, the brackets for this year’s Dusty Rhodes Tag Team Classic has now been revealed.

Imperium (Marcel Barthel & Fabian Aichner) vs. The Forgotten Sons (Wesley Blake & Steve Cutler) and Matt Riddle & Pete Dunne vs. Mark Andrews & Flash Morgan Webster are the matches on the left side of the bracket.

The right side of the bracket has The Grizzled Young Veterans (Zack Gibson & James Drake) vs. Kushida and his partner (yet to be revealed) and The Undisputed Era (Kyle O’Reilly & Bobby Fish) vs. Gallus (Mark Coffey & Wolfgang).

The schedule for the tournament hasn’t been announced.