BT Sport announced earlier this week that NXT and NXT UK will be joining their line-up of WWE programming. WWE’s deal with BT Sport will commence January 1st 2020.

Like Raw and SmackDown, NXT will air live on BT Sport at the same time as it airs in the United States. The first show on BT will be this week’s taped episode of NXT, which begins at 1 a.m. local time on January 2nd for those in the UK and Ireland. 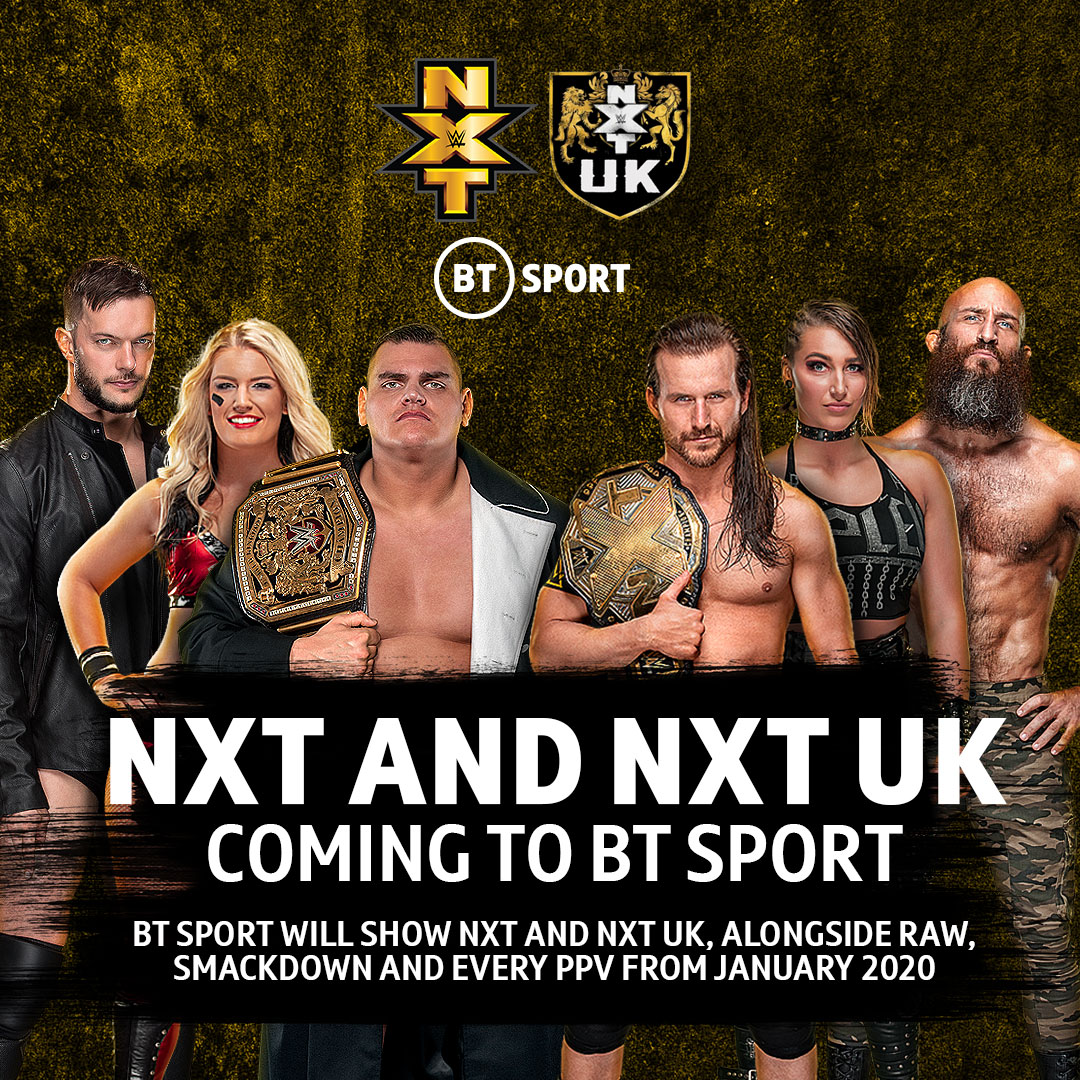 BT Sport wrote that “as well as airing all Raw, SmackDown and NXT shows live, BT Sport will also show primetime same day repeats. In addition, customers can catch up on all the overnight action whenever and wherever they like via the enhanced video player on the BT Sport app on mobile and BTSport.com.”

BT Sport noted that full schedule details are to be announced for NXT UK. The show airs on the WWE Network on Thursdays.

After a 30-year partnership, WWE closed out their run on Sky Sports with the Dec 30th edition of Raw.